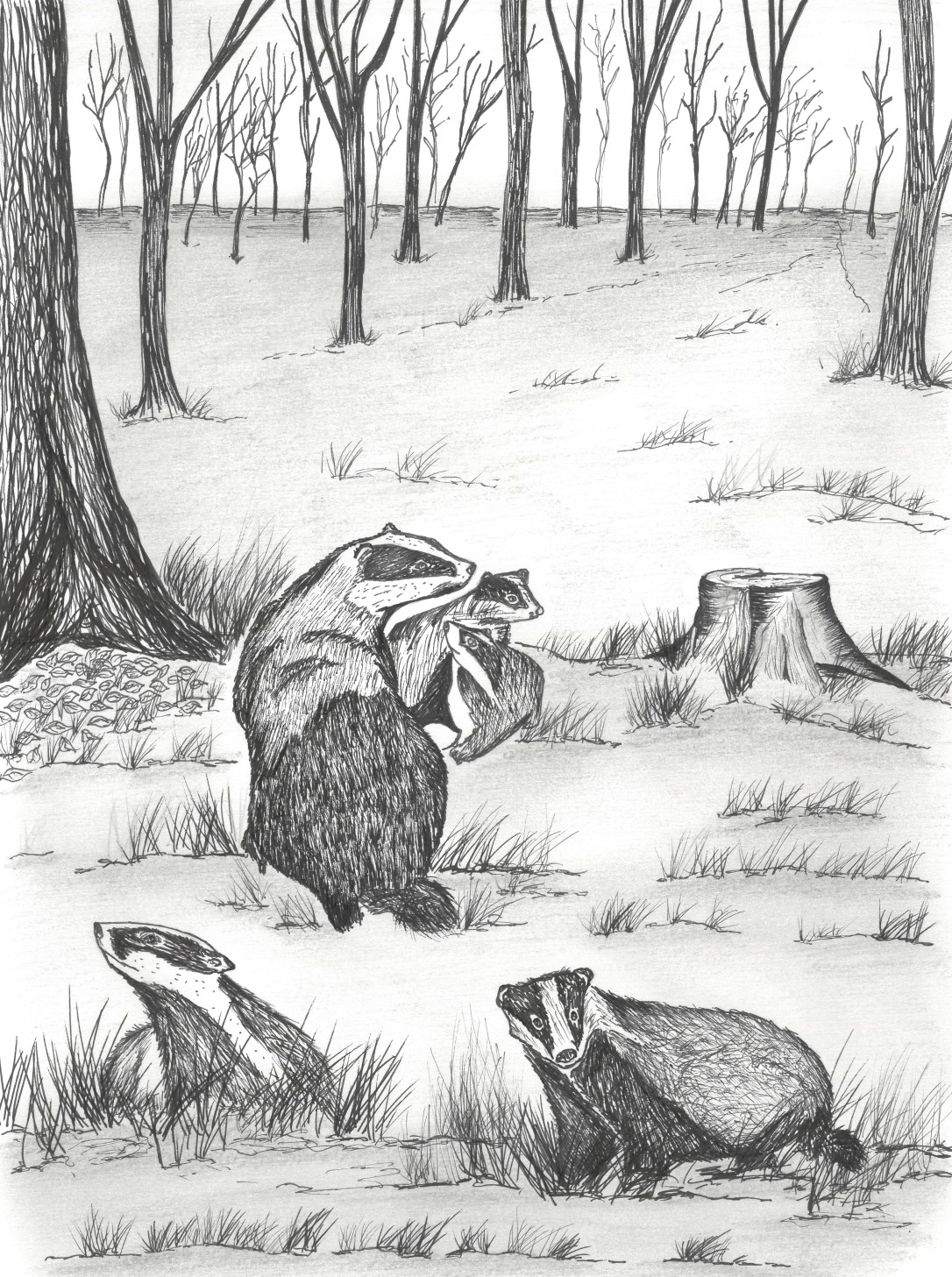 Badgers seem to be one of the most misunderstood animals in the British countryside. Ignorance breeds fear and fear breeds hatred – I believe that’s where a lot of racism, sexism and disableism stems from. Badgers are secretive animals that mainly only come out at night and live below ground, therefore, very few humans have had the good fortune to see a real live badger with their own eyes. On top of this they have frighteningly sharp claws and powerful jaws making them sound like a terrifying Gruffalo rather than the peaceful pacifists they really are.

Like any wild animal, a threatened badger will fight for its life, or to protect its young – they’re just more capable than the average animal. Sadly, to blood thirsty individuals, this makes it an exciting rival for fighting dogs. Thus, the reputation of the badger as something wild, aggressive and dangerous has spread across Britain like a belligerent cancer. Without people being able to watch them regularly and see how they really behave, this rumour has continued unchecked.

When badgers were blamed by the government and some scientists for spreading TB among cattle this further fuelled the unfounded hatred of badgers. Farmers losing livestock were told that the badgers were to blame and a cull began. There were small pockets of resistance but with the badgers’ baseless reputation, the sympathy did not spread far. Of course, farmers need to protect their stock, but there are two big issues with the cull: 1) it has not been 100% proven that the TB is spread badger to cattle rather than cattle to badger 2) there are vaccinations available – why on earth kill when you can vaccinate? I refer you back to the aforementioned ignorance, fear and hatred.

I did a lot of research into badgers and discovered all sorts of fascinating facts – not least that they’re really loving and playful towards each other and make a variety of gentle noises as they groom each other or play. Also, that badgers are very clean and regularly air their bedding! Importantly, if a badger senses danger, it’s first instinct is to run away and hide – not an animal that is looking for a fight.

It struck me that there are a lot of similarities between the misunderstanding of a badger’s true nature and the misunderstanding of many young people, boys in particular, who are also assumed to be aggressive by nature and therefore feared and hated. I already had the idea of a story of one such unfortunate boy in my head and by including a badger clan, I hoped I could dispel both myths at once whilst also educating the readers about such boys and badgers.

Returning to my theory that ignorance breeds fear and fear breeds hatred – I used to be scared of butterflies! Yes, I know it seems strange, but the fluttering unpredictable movements sent me into a blind panic leaping and yelping like a mad woman whenever one came close. As a childminder, I liked to do projects with the children during the summer holidays and one summer I decided to teach the children the rather interesting life cycle of a butterfly. We began with a trip to Butterfly World, where another childminder had to take my children round because I was too frightened to go in. To cut a long story short, we studied butterflies intensely, discovering different types of caterpillars, their movements, their plant preferences, the chrysalis and then all the most common varieties of butterfly in the UK. We made some up of our own, built them from playdoh and bread, decorated cakes like them, etcetera. By the end of the summer holidays we visited Butterfly World again and guess what … I managed to go in. I was still a bit jumpy, but what a massive improvement. I credit my progress solely on the education and familiarity: I was no longer scared, and I no longer hated butterflies.

I truly hope that readers of The Boy Who Couldn’t will learn to love badgers and want to protect them. Vaccination is such a kinder option than killing. If you would like to learn more about badgers, there are lots of fantastic websites: the best one to start with is https://www.badgertrust.org.uk/