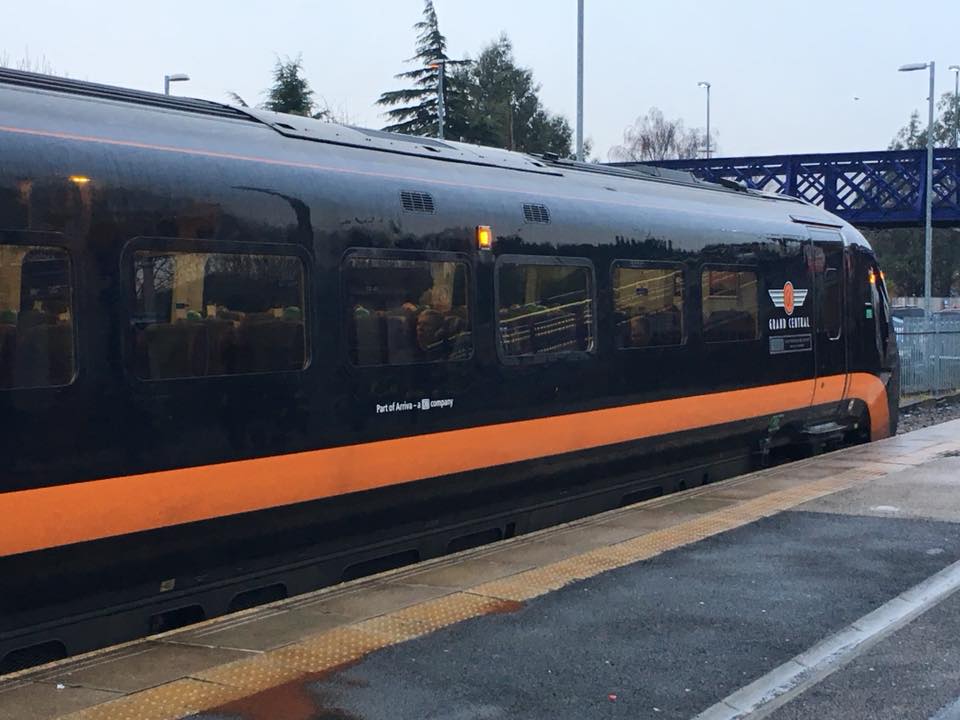 Recently, I took my life in my hands: I went to “The Big City”. I’m just a country lass and although I always enjoy London when I get there, I still get a bit intimidated by its sheer size and all the terrible murders Sherlock Holmes has to solve. Therefore, I was a little anxious as I climbed aboard The Grand Central train on Tuesday.

The journey down was fine – 2.5 hours of reading “Gone” by Michael Grant just flew by. I got to London and blended in by walking fast with my head down. It’s actually quite a skill and I feel like I’m picking it up really quickly. It should be an Olympic sport. Proud that I knew my way to The Tube, I headed straight down and inhaled the stale air that came gushing up to meet me. I then stared gormlessly at the map trying to work out which line I needed to be on. This is where my disguise failed and I was exposed as a Northern country bumpkin. I tried to ask people for help, but they were all rushing around with their heads down and I couldn’t make any eye contact. Then I remembered – eye contact is illegal in London.

Eventually I found someone whose job it is to speak to foreigners like me. She gave me three instructions in a row; I followed the first two instructions and then asked again for the third. Blending in like a Londoner again, I rushed down the left hand side of escalators, overtaking the mildly rushing commuters and keeping up with the excessively rushing commuters – I was in the pro league! I made it to Liverpool Street and then rushed onto the tube for Bethnal Green feeling very smug at the way I entered quickly but casually just as the doors were closing. Honestly, I was blending in so well I could easily be an undercover spy for North Yorkshire.

The tube set off and I’ve never heard such an horrific noise in my life. Well actually I have, but only on horror-action movies. You know when a bomb throws a bus onto its side and it scrapes along the road forever, making a horrible loud metallic screeching noise? Well imagine that louder and screechier! It was horrendous. I no longer looked at the ground. My knuckles were white as I clung to the rail. I glanced around at the other passengers. I thought, I’m in one of those moments when complete strangers all bond and pull together in an emergency. Nobody looked up. The screeching got louder. I held on tighter. Nobody looked up. The noise quietened slightly and I reflected on the fact that this tube wasn’t “tube shaped” like all other tubes I’d ever seen or ever ridden on. It was more hexagon shaped – squared off rather than rounded and looked like it was probably too old for safe service. Suddenly the screeching started again – long and protracted. I was pretty sure something was terribly wrong. I started to think about the last conversation I had with my husband:

Me: I’m worried about going to London. (How prophetic!)

Hubby: It’s just a city like any other city with good areas and bad areas. Where are you going?

Hubby: Oh! That’s where The Kray Twins are from!

Well that memory hadn’t helped at all. Even if I survived the horror tube journey, I was going to be horrifically murdered when I got off.

This was the point I began to think of my epitaph for my grave.

But one day my grandchildren will have children. Graves don’t get updated so should I put that part down now?

But where would it stop? The great grandchildren will have children too and what about the fact that I’m my grandparents’ granddaughter?

Maybe it would be easier to just say ancestor and descendant? But what about my brother and sister – they haven’t been acknowledged. My friends haven’t either.

Now unlike Frank Sinatra, I don’t have regrets. There are plenty of things I would do differently if I had my time again, but I don’t really have regrets. In fact, my life has been extremely colourful – to the point that I often hold back on some stories because I simply don’t think anyone would believe them. If I wrote them as a fiction story, people would think some of the events were too far-fetched or exaggerated. Every mistake I’ve made has become an adventure or as Grandma used to say “it’s all part of life’s rich tapestry”. That’s it settled then.

No doubt Bethnal Green would turn out to be another one of my dramatic adventures.  Talking of which, why wasn’t I at Bethnal Green yet? And then I realised … I was going the wrong way. The tube scraped to a stop and I literally jumped out and ran across to the opposite platform and straight into another train; smooth like an assassin chasing down their victim. I hoped it was going in the opposite direction and I hoped it wasn’t going to kill me.

The tube set off with the same unmistakable screech. I tightened my grip on the hand rail. Nobody looked up. I looked down and awaited my fate. Eventually, with my nerves in tatters, I reached Bethnal Green. It looked scary. It looked like the type of place notorious gangsters would hang out. I crossed the tiny park and walked up the steps to the old run down Victorian building which claimed to be the address I was going to. The paint was peeling off the door and for a moment I hesitated and thought I’d just spend this month’s wages on a taxi straight back home. Then two little robins and a sparrow hopped out from under the bush next to the door and I thought, surely you wouldn’t get lovely little birds outside a murderer’s house? I banged on the door with forced confidence and …

It was the right place and the meeting went ahead as planned. I was almost disappointed not to be fighting off some East End gangsters. Almost …